“There is life after abuse. A good life. It’s not an easy one. It’s not the same one we had before. But it is still ours. And nothing and no one will take that from us.”

*This quote is taken from the author’s note. 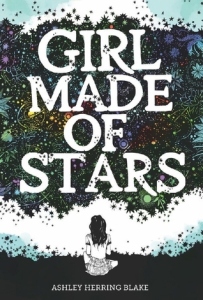 Mara and Owen are as close as twins can get, so when Mara’s friend Hannah accuses Owen of rape, Mara doesn’t know what to think. Can her brother really be guilty of such a violent act? Torn between her family and her sense of right and wrong, Mara feels lost, and it doesn’t help that things are strained with her ex-girlfriend, Charlie.

As Mara, Hannah, and Charlie come together in the aftermath of this terrible crime, Mara must face a trauma from her own past and decide where Charlie fits into her future. With sensitivity and openness, this timely novel confronts the difficult questions surrounding consent, victim blaming, and sexual assault.

Ladies and gentlemen, this is the reason why I will never stop reading YA books. This book made me feel like I was drowning and given one second to come up for air before being shoved back under the water. It was so raw and intense that at times I had a lump in my throat from trying not to cry and scream for Hannah and Mara. To put it simply this book hurts but it is so very important.

Initially, I was very hesitant to pick this up because let’s be real, this is not any easy topic to read about. You know it’s going to be a heavy book based on the synopsis alone, but I was also hesitant because if this book was not handled and written the way it was it could have come off as extremely offensive and an utter disaster. Thankfully, it was not and will definitely go down as one of my favorite reads of 2018 and probably one of my favorite books of all time.

Mara, oh, Mara. Where do I being with her? I absolutely loved everything about her. She’s such a lovable character who felt so real while reading this. Her growth was absolutely amazing throughout this story. Mara suffers from PTSD, anxiety, and panic attacks due to a prior sexual assault incident, and my heart ACHED for her. When Mara’s twin brother, who is her entire world, is accused of raping her best friend it’s no surprise that Mara struggles greatly with this for various reasons. How could her brother possibly do something so heinous? But how can she not believe her best friend? Especially when Mara’s family is so quick to stand behind Owen. And so begins Mara’s story of realizing that sometimes our loved ones are not who we hoped they would be and coming out the dark place she kept herself in for the last three years.

I want to keep this review short because this book just demands to be felt and read. I don’t think any review could ever do justice for how powerful Girl Made of Stars actually is. But before I wrap it up there are a few things I want to add that you can expect from this story also. The first is dealing with gender identities. I’m not sure that I’ve ever read a book dealing with this before and while I do have to admit that I am not the most familiar with some of the terms that are used regarding gender identities in today’s society I am always working on educating myself. So I felt this was a great start. The second is bi-sexuality rep, which I thought was handled extremely well and branched off into other important topics like consent and the harmful effects of victim blaming. The third is strong female friendships, you all know I’m a sucker for them and this one really took the cake.

All in all, I can’t remember the last time I’ve read a book that evoked so many emotions from me. This story is powerful, raw, honest, heart-breaking, and gut wrenching all in one, but it’s also a story about survival and finding your voice which is so important in the society we live in today. There are not enough stars in the world I could give this book. There are not enough rooftops I could shout off of telling you to read this book, just do it. Your heart will hurt, you’ll cry, you’ll want to scream, but this book is absolutely worth the pain.

26 thoughts on “Review: Girl Made of Stars”