“I know everything we’re doing is wrong, and I don’t know how I’m going to explain this to anyone, but right here—right now—I don’t want to be anywhere else. I wish I could die as happy as I am right now.” 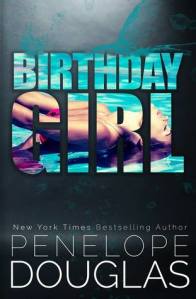 JORDAN
He took me in when I had nowhere else to go.
He doesn’t use me, hurt me, or forget about me. He doesn’t treat me like I’m nothing, take me for granted, or make me feel unsafe.
He remembers me, laughs with me, and looks at me. He listens to me, protects me, and sees me. I can feel his eyes on me over the breakfast table, and my heart pumps so hard when I hear him pull in the driveway after work.
I have to stop this. It can’t happen.
My sister once told me there are no good men, and if you find one, he’s probably unavailable.
Only Pike Lawson isn’t the unavailable one.
I am.

PIKE
I took her in, because I thought I was helping.
She’d cook a few meals and clean up a little. It was an easy arrangement.
As the days go by, though, it’s becoming anything but easy. I have to stop my mind from drifting to her and stop holding my breath every time I bump into her in the house. I can’t touch her, and I shouldn’t want to.
The more I find my path crossing hers, though, the more she’s becoming a part of me.
But we’re not free to give into this. She’s nineteen, and I’m thirty-eight.
And her boyfriend’s father.
Unfortunately, they both just moved into my house.

Believe it or not, I do read outside of the YA genre…it’s just been awhile. In 2019 one of my goals is to read more books outside of YA and as always Penelope Douglas is a good place to start. She is hands down one of my favorite romance authors because the tension in her books is THROUGH THE ROOF, she writes enemies to lovers so well, and her sex scenes are always top notch. Birthday Girl definitely did not disappoint in either of those departments, but at the same time this was definitely not one my favorites.

So what exactly went wrong for me in this one, you ask?

First, this was really tame for a Penelope Douglas novel, and I was super thrown by that. Yes, there was tension which was EVERYTHING, but this just read like a normal romance with a nineteen year age gap. Second, this was also supposed to be taboo because our female MC, Jordan, falls for her boyfriend’s father, Pike, and while I was all about it it just never really seemed that “wrong”. I was actually looking for a love triangle this one, yes, you read that right. But Jordan’s boyfriend was made the villain so early into the story that it just made it feel all the more normal for Jordan to gravitate towards Pike. Third, Pike was a little too possessive for me. It’s 2019 folks, and what we’re NOT going to do is tell our significant other what they should and shouldn’t wear and slut shame sex workers, we’re just not.

But I didn’t hate it, I swear!

In normal Penelope Douglas fashion the tension was off the charts HOT. Jordan and Pike both had similar “end goals” for their future and it was nice to see that despite the age gap they still wanted to reach those goals together. This wasn’t just all sex and tension (even though it literally dragged on FOREVER), the author really took the time to make these two have a connection that was more than lust. And I actually appreciated that for once, I think it worked really well here.

“Time passes by you like a bullet,” he says, “and fear gives you the excuses you’re craving to not do the things you know you should. Don’t doubt yourself, don’t second-guess, don’t let fear hold you back, don’t be lazy, and don’t base your decisions on how happy it will make others. Just go for it, okay?”

“I want a life I never want to take a vacation from.”

“Turns out my dream girl belongs to the one person it would kill me to hurt.”

All in all, if you’re looking for a quick, smutty read with the perfect amount of tension and a tiny pinch of taboo then Birthday Girl is definitely worth the read. Plus, this is available on Kindle Unlimited!

One thought on “Review: Birthday Girl”