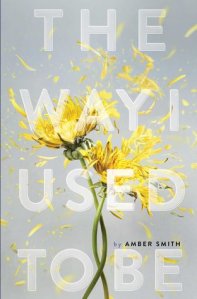 Eden was always good at being good. Starting high school didn’t change who she was. But the night her brother’s best friend rapes her, Eden’s world capsizes.

What was once simple, is now complex. What Eden once loved—who she once loved—she now hates. What she thought she knew to be true, is now lies. Nothing makes sense anymore, and she knows she’s supposed to tell someone what happened but she can’t. So she buries it instead. And she buries the way she used to be.

Told in four parts—freshman, sophomore, junior, and senior year—this provocative debut reveals the deep cuts of trauma. But it also demonstrates one young woman’s strength as she navigates the disappointment and unbearable pains of adolescence, of first love and first heartbreak, of friendships broken and rebuilt, and while learning to embrace a power of survival she never knew she had hidden within her heart.

This is one of those instances where I truly and wholeheartedly believe five stars does not do this book justice. This book, my God, this book fucking hurts. I wanted to scream and cry while listening to the audiobook of this because it’s so dark and honest – it holds nothing back and it makes you feel so damn much within the 385 pages.

The Way I Used to Be is a story about trauma and life after it. Eden is raped by her brother’s long time best friend after he sneaks into her bedroom one night. Please be warned the description of the rape is extremely graphic and unsettling, but it made the story that much powerful and moving for the author to force reader’s inside Eden’s head during every single second of the few minutes that would change her life forever. I thought the rape would be the most devastating part of the story, yet I was GUTTED when Eden’s mom walks in the next morning and finds Eden frantic and covered in blood but assumes it’s because Eden got her period for the first time. I wanted to scream as Eden was unable to find her voice and tell her mom what happened because she was so terrified. However, this was only the beginning of what has easily become the most devastating story I’ve ever read.

Eden’s story then goes on to follow her downward spiral from freshmen to senior year. Can I just say, if there are any fans of the movie Thirteen (a.k.a the best movie ever) out there you will LOVE this book. This had all the Thirteen vibes in terms of both girls downward spiral – just different circumstances surrounding the reasons for their spiral. She starts off with her usual friends, meets a boy and bases their entire relationship on lies to guard herself, and by senior year is completely self destructive to escape the trauma she still has told no one about. She’s goes to parties to get intoxicated and pick up guys, has slept with 15 different guys by senior year, and calls her parents by their first names after basically disowning them. The four year time span of this story shows how far she’s distanced herself from everyone who could possibly support her. To see how much Eden had changed from freshman year to senior was startling and at times made it difficult to like her, but it was executed so perfectly that it made this novel even more powerful.

*Mild spoilers for the ending ahead!

I’ve read some readers discuss how they didn’t enjoy the ending of the book because it was too open-ended, and while I understand where they are coming from I also disagree. In instances like this, with such a heavy topic, I don’t need closure, I just need hope. And that’s exactly what this ending delivered. I’m lucky enough to have never been put in Eden’s shoes but I don’t think closure would help so much in this case. Eden coping with her trauma and her downward spiral is not something that would happen overnight, but as long as she is talking about it and working on coping in healthier ways than before I’m okay with that.

“I don’t know a lot of things. I don’t know why I didn’t hear the door click. Why I didn’t lock the damn door to begin with. Or why it didn’t register that something was wrong, so mercilessy wrong when I felt the mattress shift under his weight. Why I didn’t scream when I opened my eyes and saw him crawling between my sheets. Or why I didn’t to try to fight him when I still stood a chance.”

“He’s not the hero and he’s not the enemy and he’s not a god. He’s just a boy. And I’m just a girl, a girl who needs to pick up her own pieces and put them back together herself.”

“All you have to do is act like you’re normal and okay, and people start treating you that way.”

“I feel these forbidden thoughts creep in sometimes without warning. Slow thoughts that always start quietly, like whispers you’re not even sure you’re hearing. And then they get louder and louder until they become every sound in the entire world. Thoughts that can’t be undone.
Would anyone care?
Would anyone even fucking notice?
What if one day I just wasn’t here anymore?
What if one day it all just stopped?
What if? What if? What if?”

All in all, for a debut novel this was extraordinary and now one of my favorite books of all time. I’m so glad I decided to finally pick this book up. If you are a fan of Speak and Girl Made of Stars you absolutely need to add this book to your TBR!