Another month in 2019 has come and gone, so y’all already know the drill. It’s time to talk about all the books that I read in April! April was quite possibly my worst reading month for the year. I failed my Magical Readathon and read 5 books. However, I did manage to binge watch seven seasons of Game of Thrones in three weeks to catch up to the current season so that’s where a lot of my time went. Now that I’m all caught up here’s to hoping May is a better reading month! 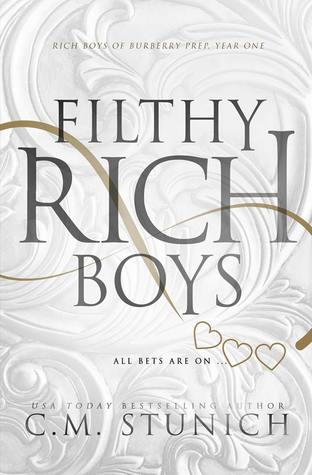 Filthy Rich Boys is a book I DNF’ed this month. I only made it five chapters before legitimately wanting to stick a fork in my eyes. I wrote a little review for all the reasons this one just didn’t work for me on Goodreads.
You can check it out HERE.

And that’s a wrap on my April reads!